"The wind blows where it wills"

"The wind blows where it wills, and you hear the sound of it, but you do not know whence it comes or whither it goes; so it is with every one who is born of the Spirit."(John 3:8) 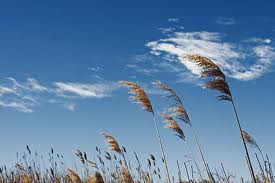 Sunday morning and afternoon Children’s Bibles and bookmarks were given out at both our children’s rosary and the Divine Mercy Celebration.  Each Bible and bookmark had a Saint’s name written on it.  The Saint had been prayed to for 9 days and asked to choose a family, individual or priest to lead in their spiritual journey.  The crowd at the Divine Mercy Celebration in the afternoon was large maybe totaling one or two hundred.  I explained that the children were dedicating their upcoming year to renewal of family prayer and hoped that many would take a Bible and begin family prayer in their homes.  Those sitting in the seats might never know who had said the 9 day novena asking a Saint to lead them in family prayer.  Children had prayed many of the novenas and stayed up late at night to make sure all their novenas were completed.  There was a moment in the chapel of fellowship and love.  Each of us contemplated the thought that another soul had taken the time and cared enough to pray for one of us.
After the prayer service many people came up to take either a bookmark or Bible.   That evening the children’s rosary offered the 5 PM Mass for renewal of family prayer.  One of the members of our children’s rosary, Monique and her daughter Sofia,  were present at the Mass.  After the Mass she and her daughter were approached by a women.  The women had one of the bookmarks that the children’s rosary had made.  It had St. Samuel written on it.  The women offered the bookmark to Monique and her daughter.  As Monique and Sofia had been at the children’s rosary they had already received a Bible.  What impressed me about this story was that this women had received an act of kindness from the children and then later felt moved to share an act of kindness to someone else.  The children had extended a hand of fellowship to this women and then in turn she reached out to another family. The family that she felt moved to reach out to is one in particular need of our prayers.


Monique is a courageous single mom who lovingly cares for her disabled daughter Sofia.  Despite significant medical problems of her own, that have brought her in and out of the hospital, she continues to share her faith and love of Jesus with her daughter.  This women must have seen Monique caring so beautifully for her daughter as she is so frequently seen doing and felt moved to approach her.  It is very difficult to approach someone you don’t know and extend a gift such as the one she offered to Monique and Sofia.  She did however, overcome that inertia and took a chance as someone else had done when they decided to pray for her.  Goodness begets more goodness.  This beautiful moment of reaching out to our fellow neighbor shows us that we can all be Mary and Jesus’ extended hands.   Just as the gospel from Tuesday said "The wind blows where it wills, and you hear the sound of it, but you do not know whence it comes or whither it goes; so it is with every one who is born of the Spirit."(John 3:8).  We don’t know where we will be called to reach out to another soul but when we do an act of kindness it helps the next soul find the courage to do the same.
In this spirit of fellowship may I ask you to include Monique and her daughter Sofia in your prayers.  Monique is facing a time where she could use the prayers of our extended children's rosary group.  As her health has been failing she is worried as any mother would be who will care for her daughter when she cannot.  As Sofia suffers from many mental and physical disabilities the struggle to find help is continual.  Thank you all!
God Bless!
Posted by The Children's Rosary at 3:46 PM