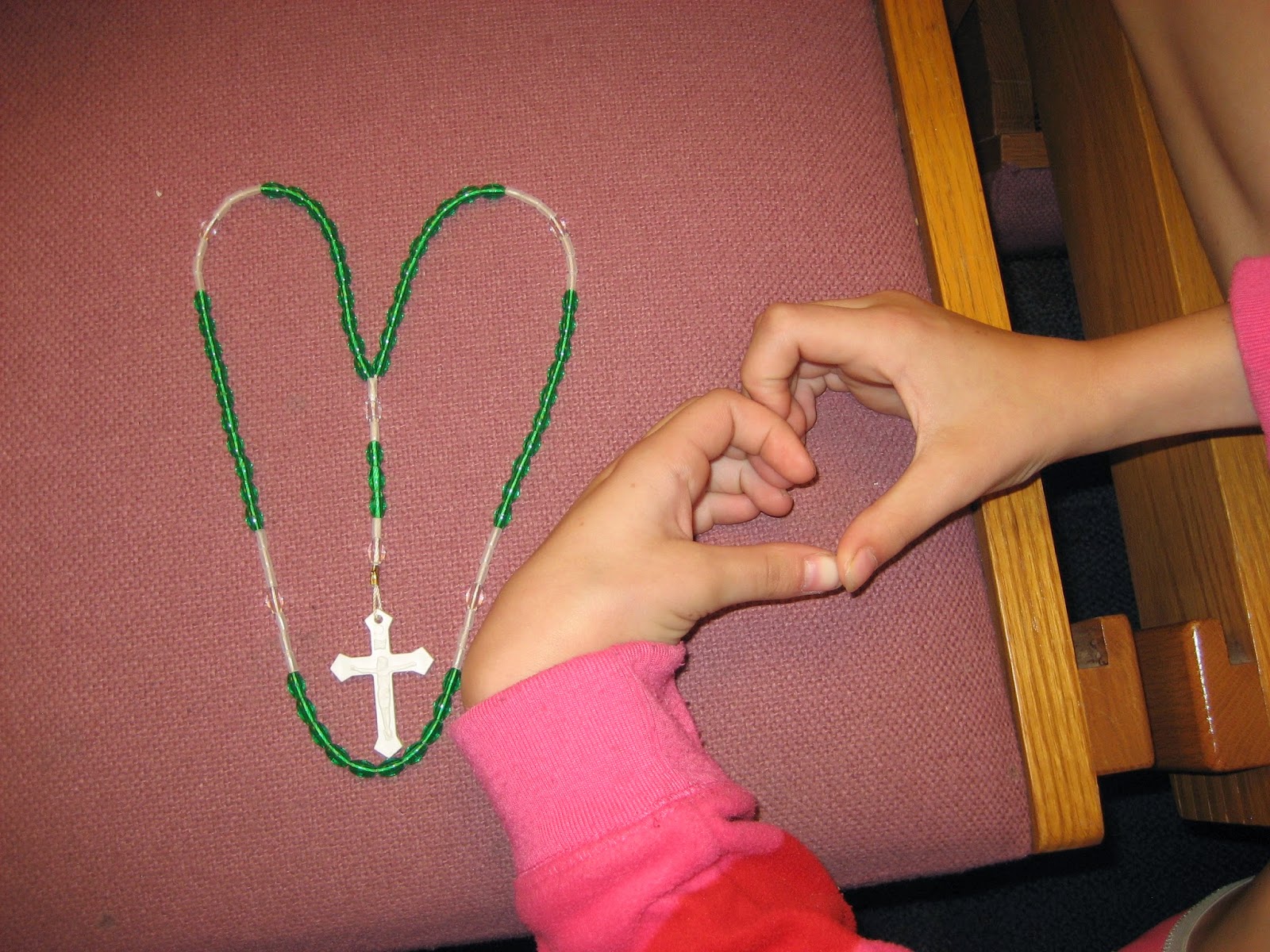 Saturday Asher, our seven your old, and I traveled to the Bronx in New York for a Divine Mercy Conference. As so many Children’s Rosary groups were meeting that day and we are in the middle of our 18 days of Masses, I had hopes of reaching out to different people to help spread the Children's Rosary. So with bright hopes Asher and I set off pre-dawn.  Things began to look questionable when Asher got sick on the bus on the way there.  He was so good though and we felt confident once we arrived things would be better (he suffers chronically from motion sickness).  However,  he continued to feel sick once we got there.  He rallied a bit for a few hours but then it hit him hard.  We were walking amongst the crowds and poor thing he would just drop to the ground on all fours and throw up.  What was beautiful was that the seminarians in particular one named Br. Alex came right to our aid.  Br. Alex took his backpack as I could not (with my joint disability) and watched over us.  We spent a good deal of the afternoon in a back room with Asher on a folded up cardboard box wrapped in a plastic tablecloth with a discarded display bowl with him.  Asher was such a trooper never complaining but clearly so frightened about the bus trip home that awaited us.

The afternoon was definitely much different then I expected but the Lord was working in His way.  Seeing the seminarians and their mercy for Asher was so heart warming.  These particular seminarians, from the Shrine of Divine Mercy, the children have been praying for by name this year.  The children praying that they would grow in holiness and lead us in love.  To see this in action was such a wonderful confirmation of the Gospel which was read on Sunday where Jesus says: “Father, I thank thee that thou hast heard me. I knew that thou hearest me always”. (John 11:41-42). Truly Our Father hears all our prayers and Saturday was a witness of this.

On Saturday to see Br. Alex, with little fuss or attention to himself, check on Asher who lay curled up on the floor and upon seeing that there was a cold draft move us to a warmer room was mercy in action.  In this transfer from one room to another we by chance passed Cardinal Dolan on his way down a hallway to celebrate the Mass, someone the children have also been praying for by name on our intention sheet.  Cardinal Dolan in his humility stopped briefly to see how Asher was doing.  Such was the kindness shown to us on Saturday as so many Children’s Rosary groups were meeting around the world.  Such was the witness we were to experience.  As a year ago tomorrow we began a prayer intention that our seminarians may grow in holiness and lead us in love: offering Masses, prayers and Rosaries for this intention.  Our Lord in his generosity chose to allow those graces to beautifully unveil themselves.

In a special way tonight I would like to thank all the members of the Children’s Rosary for all your prayers and sacrifices.  These prayers are transformative for the lives of not only these seminarians who expressed such gratitude for the prayers and Masses but for helping Our Blessed Mother and Her Son to further Their plans.  Such is our humble hope we have each day.  Tomorrow will be the third anniversary of the Children’s Rosary.  For the past two years we have named a new prayer intention to focus on each year.  The first being renewal of family prayer and the second praying for our seminarians.  As we truly have only just begun to develop our seminarian prayer initiative to its full extent, the upcoming year will again focus on our seminarians and renewal of family prayer.  There will, however, be a new prayer intention added this year to our intention sheet: for the young of the world and the parents of the world, may our parents be inspired to educate their children and lead their children with good advice.

Thank you all for joining together in our Anniversary Novena of prayers which ends tonight and also for contributing to our Novena of Masses and those who have been so generous with your gifts.  We have a complete 18 days with 2 Masses being said daily.  The first 9 days were for the fulfillment of Our Lady’s plans for the Children’s Rosary and the last 9 days are in Thanksgiving.  The last Mass will be celebrated April 16th.  Thank you to the multitude of children that gather in prayer of the Rosary and for the many who unify prayers with them.  It truly is a wonderful thing to have ones prayers ushered to heaven by these little ones. Thank you to our Group leaders who pray for these little ones to come and when they do come, help gather them together in prayer.

Again Thank you all and may this year be a Blessed one. Amen.

Posted by The Children's Rosary at 7:08 PM