Hunger and Thirst for Jesus

Hunger and Thirst for Jesus
On Wednesday after Mass I asked the priest saying Mass to hear my confession.  He graciously agreed.  In talking with him I  mentioned that I am often selfish with food as I am often trying to eat as much as I can before a fasting day.  He asked if I was fasting on that day and I answered, yes.  Every Wednesday and Friday I try and eat only bread and water.  He recommended that I not fast from the food but instead hunger and thirst for Jesus.  He said he didn’t know why he was saying this but again repeated the instruction.  Hunger and thirst for Jesus.  I wasn’t exactly sure if I knew how to do this and asked him how I could best go about doing what he recommended.  He went on to talk about the many in the world without food.  I mentioned that the poor do not fast by choice.  His eyes lit up as it I was finally getting his point.  I left the confessional not entirely certain I did get his point.
Thursday night, Alina, my eleven year old and I were talking about the novenas for the Children’s Rosary.  She was just finishing three novenas.  Looking through a book of Saints she asked if she could pick more saints.  We began reading about ones with feast days around her birthday in June.  She kept asking to do more novenas.    At 10 saints I told her that I thought this was enough. She was disappointed as she felt each saint she prayed to would bring more members to our children’s rosary.
One of the saints she chose was, St. Charles Iwanga, from Uganda.  Fr. Richard, a priest who used to be at our parish, was from Uganda.  I told her Fr. Richard would be happy to hear we chose a Saint from his country.  I also remembered that Kostin’s school was collecting money for a clinic in Uganda.  An idea then came....with each saint that the children choose we could give a quarter to their chosen cause.  For Kostin it was for the poor of Uganda and for Alina it was the rice bowl cause for which her Catholic education class was raising money.  To pair prayer with charity was the answer.  Although the amount of money seems small it would make a difference.  Alina had completed 3 novenas and was starting 10.  Together that is 13 with a quarter per saint that would be $3.25.  Alina and Kostin were thrilled with the idea.  After so many struggles with the kids there was a moment of joy together in our hearts.  I was proud of Alina (this was such a welcome feeling for me as I have shared in the past my first inclination with her is usually to lose my temper).  She was giving of her time for no reason other than the love of another.  She wanted to pray more so that others might find their way closer to Our Lady and her Son.  They didn’t want the money for themselves but wanted to give it away.  I could see the Blessed Mother had been at work in their hearts. 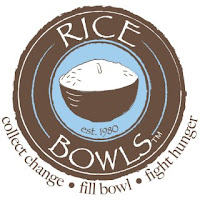 On Friday morning my husband was already making me a toasted bagel when I told him I wasn’t fasting.  The children wanted the bagel and I had cereal.  As I sat eating something other than bread there was a piece inside of me missing my bread.  The Lord showed me something.  Fasting had become routine for me and might I even say slightly dreaded.  it was something I prepared for by overeating foods I like the prior day.    The Lord was asking me to stop for a short while and yearn for the fasting.  Desire the fasting.  I thought too of the many in the world who are not given the gift of fasting.  They do not have enough food to choose not to eat it.  Fasting is a gift from God.  To take it for granted and dread it must be painful for the Lord.  I was not surprised my confessor had asked me to stop fasting.  Instead of pleasing the Lord I was offending Him.
Mass brought even more clarity to what was unfolding at home.  The gospel was from John "If I am not doing the works of my Father, then do not believe me; but if I do them, even though you do not believe me, believe the works, that you may know and understand that the Father is in me and I am in the Father."(John 10:37-38)
Lent is about works of charity, fasting and prayer.  The priest at Mass, Fr. Jacob told us although prayer is essential the most important of these is works of charity.  As we know from scripture the only person that for certainty is in Hades is from the story of Lazrus. It is the rich man.  The man was sent to Hades not because he was rich, or he didn’t fast or pray but because he was indifferent to the suffering of another.  When Jesus said from the cross I thirst he did not want a drink but thirsted for souls.  In todays Gospel Jesus defines himself by his works. “If I am not doing the works of my Father, then do not believe me”. (John 10: 38)

The words of my confessor, “hunger and thirst for Jesus” became clear to me.  Look for Jesus disguised in the poor.  Look for Jesus in the people most difficult to be good to-our family.  When that hunger for Jesus is strong then with a spirit of love resume fasting.


This is an addition to the original post.  After posting this entry I found myself looking at this small hand for some time.  Nightly we pray to be the extended hands of Mary and Jesus in this world.  Looking at this hand I am ashamed of myself.  I need to look at his hand every day until there are no more hands like this in the world.  I pray that Our Mother Mary will show us daily how we can reach out to ease the pain of this world. Amen