“Lord to Whom Shall We Go”

These are the words Simon Peter spoke to Jesus in the Gospel reading from Mass today. 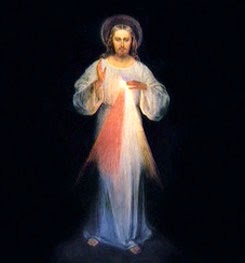 These words invoke a deep interior reflection for this would be a phrase that has come to give me much consolation.  May I share that as an individual who has spent a great deal of my life in the study of the sciences in particular dentistry and the specialty of Endodontics,  my mind has been trained to work in testing hypothesizes and working with facts.  This training fosters a mind keen to details and solidly pragmatic.  Such was the way I responded to an illness that took me by surprise.  It would turn out to be a genetic condition that brings with it a deterioration of ones collagen prematurely due to a genetic defect.  Such deterioration brings with it joint dislocations, pain, weakness and a host of other manifestations.  As a trained clinician my mind began sifting through the details of the case.  What were the factors that seemed to trigger such a rapid decline in function.  How could these be slowed, mitigated and even reversed.  There must be a dogmatic answer or a doctor to right that which was clearly dysfunctional.  Such was the path I set out on.  To talk and speak to anyone who was doing research in this area and to study the condition myself through review of scientific literature. Yet this journey in the world of details seemed to lead no where.  No one had the magic bullet to slow the rapid deterioration in health I was experiencing.

As a practicing Catholic attending Sunday Mass only, I vividly recall picking up a prayer card with prayers honoring Our Lady’s seven sorrows.  It lay for a long time right by the back door.  One day on the way out the door I picked it up.  I looked at it and interiorly said, I am not bad enough.  It reminds me of a hair dresser I once talked to who complained of back pain but was wearing designer shoes.  I suggested she wear a pair of orthopedic shoes like mine.  She looked at my shoes and said, my back would have to get much worse before I would ever consider wearing those.  I laugh at such a statement because this is what I thought deep in my heart.  Things would have to get much worse to change my pursuit of a scientific solution to my problems and look elsewhere for help.  Yet such would be my fate.  All the things I held on so tightly to: my fierce independence and self reliance would be stripped away layer by layer.  Slowly, I would have to ask for help with everything.  Luxuries such as driving would be lost and even the strength to open the refrigerator.  Yes I would find that place where I would finally give up my pursuit of the details and begin to look elsewhere.

The gate that opened began with a confession which was long overdue. A pamphlet on Divine Mercy was the wind that blew the door wide open.  Indeed all the despair which seemed to be swallowing me up was washed away by an enveloping feeling of hope.  This began a road in a different direction.  One that ended with a the phrase spoken today, "Lord to whom shall we go"(John 6:68) or the way I find myself saying it in prayer, Lord where else would I go.  Yes this is such a comforting phrase to me. For it is a truth that has been tested in the fire of intense suffering and has shown never to fail.  After exhausting all earthly directions only one place remained...to live and rest in the heart of Our Lord. To not only seek out His love but to be consumed by His love.

When a soul finds this truth it is such a consolation and strength.  Many souls I suspect find out this fact with far less resistance but such was my path.

Posted by The Children's Rosary at 4:30 AM