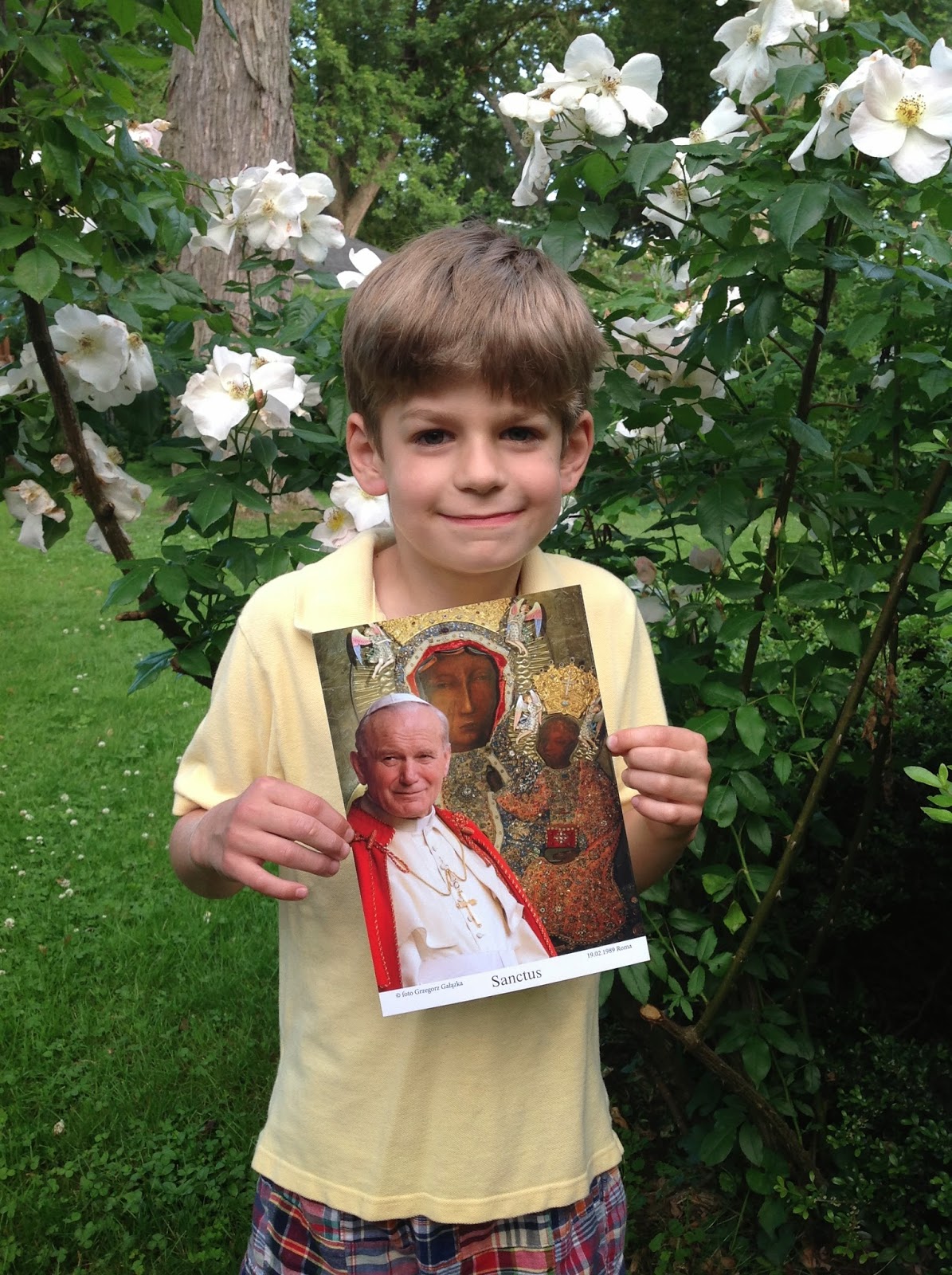 Last week as we were finalizing the new Children's Rosary CDs one of the final pieces was to write the dedication.  So many prayers have gone up by so many people including countless children that these CDs would be inspired by the Holy Spirit and turn out as Our Lady had envisioned, all for the Glory of God.  So many people have contributed their time, talent and treasure to help see this project through.  Songs have been composed, little children have come together to lead prayers and the Rosary, others providing music through guitar and piano.  Yet even more have joined together to practice song so that they might be one voice together honoring Our Lord.  Through all this there was an awareness that such a project could not be done alone. Only through many hands together with the guidance of Our Lady and her Son could such a place be reached.  But how could one thank everyone sufficiently.  Through all these prayers Our Lord had taken such little people and brought them together...the result a humble compilation of love and sacrifice.  One that found its ways to completion through the generosity and grace of Our Lord.  Now in receiving we want only to give it back to God and Our Lady. Thus in our dedication we in one voice dedicate these CDs to the Holy Trinity and Our Blessed Mother.  In a special way we also thank St. John Paul II for his intercession for he has helped us from the beginning.  Just as the dedication was penned to paper the next morning a beautiful surprise... a package containing a picture of St. John Paul II and Our Lady of Czestochowa holding the baby Jesus arrived.  A gift from one of the members of the Children's Rosary who had received these pictures from a friend from Vatican City.  The beautiful Glossy pictures commemorate the Canonization of St. John Paul II and were sent out immediately following the Canonization from the Vatican.  Holding the pictures and looking at them it was again a beautiful reminder that Our Lord will not be outdone in generosity.

As if this was not enough another package arrived the same day as the pictures.  This was from the Children's Rosary at St. Thomas Becket in Cheshire, Connecticut.  The children had done fundraising for the Children's Rosary and had sent what they raised.  As this project has been a walk of faith, one that has appeared uncertain, at least financially at times, there has always been an awareness that indeed Our Lord would see it through.  Again through the hands of little ones funds had arrived to help meet the need.

As the Lord loves to work in threes the final surprise came just Saturday night when the master CD arrived from Norman at the Recording Studio.  The CD was done ready to listen to in total and then to be sent to the record company to go "to press".  Holding the CD on the eve of the Solemnity of the Holy Trinity one could not mistake the perfect timing.  A project which began in the end of September 2013 had come to fruition in 9 months. Just as a baby grows, this project had gently progressed until it was ready to meet the world.

The Dedication:
This CD is dedicated to the Holy Trinity, Our Blessed Mother and in thanksgiving for the intercession of St. John Paul II.

I am happy to report that our CD should be available to you all  in July although I have learned never to predict such things to the day as it is wonderful to let the Lord act and be surprised.

Other posts you may enjoy:
Pure Joy Comes from the Lord
Posted by The Children's Rosary at 5:29 PM