"Oh God, whose providence never fails in its designs" 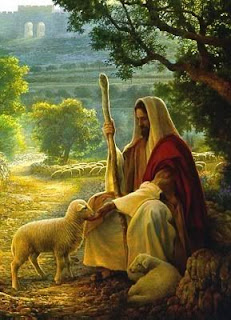 The Lord has been especially generous this past week.  There have been moments of disappointment which have initially made my heart sink.  They have felt like a spiritual blow.  However,  through the outpouring of graces I have been able to catch my breath for a moment and accept the blow and tell Our Lord I love Him.  Through this process He has been showing me things.

I heard this story a few years ago and have thought of it often.  There is much wisdom in this story.  What initially seems like a disappointment may actually be the Lord protecting us or realigning our path to Him.  Our Church has sustained significant flood damage over the past two weeks.  Our chapel where we have daily Mass and the children's rosary was flooded.  Our pastor was extremely distraught over the flood and many other problems that happened in quick succession: our elevator breaking as well as our air conditioning.  However something beautiful unfolded through this event.  A group of women meet each Wednesday at 3PM to pray the Chaplet of Divine Mercy and the Rosary for the unborn.  Several of the women who meet are members of our children's rosary group.  This past Wednesday they met but could not pray in the chapel.  Therefore they moved outside to pray in a little spot that someone had created with a statue of Mary and two benches.  Just after starting the Chaplet a car pulled up and a women and a girl got out.  They asked to join the groups prayers.  The mother asked what they were praying for and found out it was for the Unborn.  The mother and her daughter became emotional and shared that her daughter was pregnant.  They were considering an abortion but were also considering keeping the child.  The mom shared that she had a feeling that they needed to go to the Church that afternoon.  When they approached the Church they discovered the group praying outside.  If the group had been praying in the Chapel the mother may never have found them as she probably would have gone to the main upper Church to say a few prayers. The afternoon was an emotional one for all present and together they all prayed the Chaplet and the Holy Rosary.  Many connections were made that afternoon and the mother and daughter were surrounded by love and support.  How wonderful is Our Lord that we must trust Him in all occasions.  If we consecrate each day to Him then we have only to trust in His providence which never fails in its design.
Posted by The Children's Rosary at 4:41 PM