Ash Wednesday in the Mountains

May I share with you an experience from the spring of 1997.  I was a college student aspiring to go to dental school and was traveling with a dental team to Nicaragua to provide preventative dental care to children.  The morning I was to fly out I went to Mass at my hometown Church in Natick, MA.  At the conclusion of the daily Mass the priest and congregation extended their hands and prayed over me. As we were leaving Mass a women approached me.  She told me she was originally from Nicaragua.  She lived in Boston some 20 or so miles from Natick.  She had a desire to go to adoration and found out my church had 24 hour adoration.  She had gone to adoration the night before and found herself praying all night.  As morning approached she heard there was 8AM Mass and decided to go.  It was then that she heard about my trip to Nicaragua.  We were all overcome with the providence that she should find herself in our church as I was leaving for her home country. She went outside with me and had a trunk full of prayer cards in Spanish and a Spanish Bible.  She wanted me to bring them with me.  I was on my way to the airport but added these things to my bags. 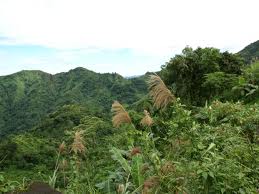 One of the first villages we went to in Nicaragua was several hours away by car.  With unusually heavy rains travel was difficult.  In our jeep we slid side to side on the muddy dirt roads.  We made our way to the top of a mountain.  The village was called Papaturro.  It was at least three days walk to leave the remote mountainous area.  The children began appearing from the thick jungle.  They were alone often holding the hands of a sibling. Most were barefoot and only traveled on foot.

Before entering the region we were given strict instructions not to eat or drink anything as it was an area where Cholera was endemic.  After a morning of screenings and establishing a fluoride rinse program I was assigned to give each child a toothbrush.  As they came to me for their brushing demonstration(it was their first time seeing a toothbrush) I handed them a prayer card.  It was Ash Wednesday.  The family hosting us brought out some chicken and egg with rice. The team looked at each other.  This impoverished family had sacrificed their chicken and given us more food then they probably eat in a month.  There was no way we were not going to eat it regardless of the risk.  We sat and ate.  Sitting on the mountain with no houses anywhere in site other than the one we were at and only jungle around us we could have been the only people on earth.  The Lord had arranged this beautiful communal meal.  Sharing from their want they thanked us for the little it felt we had done for them.  This dental mission with no religious affiliation had become a beautiful sharing of faith and sacrifice for one another.  To a young college student it was a memory not to be forgotten. 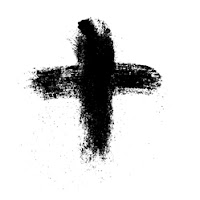 Posted by The Children's Rosary at 4:18 AM

Email ThisBlogThis!Share to TwitterShare to FacebookShare to Pinterest
Labels: Lent