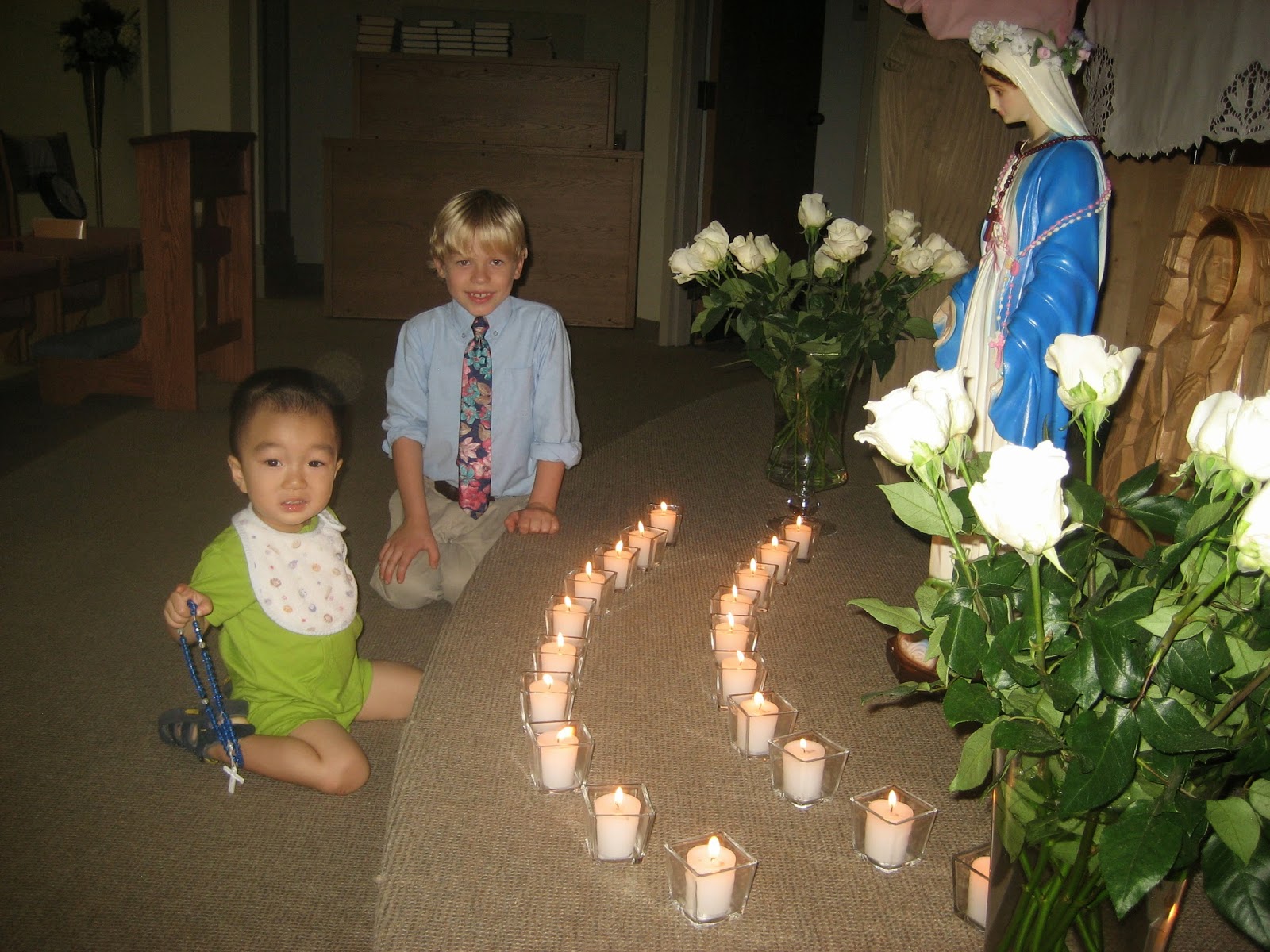 If one imagines how these prayers are received I like to think of Our Heavenly Father.  It is His will that although He could rid the world of evil Himself He wishes to work through us.  Such a concept is easy for me to wrap my mind around as a person who has severe joint problems especially in my hands.  They have become so weak that I need the help of my children to do just about everything including such things I love such as gardening or cooking.  While I could force them to do the work it pleases me greatly when they want to help.  If they were to come and say, “Mom I am at your disposal what would you have me do.  I want to help you in whatever way you desire”.  Such an offer would make me very happy.  Even a flawed person as myself, could not help but be touched by such an offer.  How much more would such an offer touch the heart of Our Lord.  He is waiting for such souls to come to Him.  Into such souls he pours His grace.  Our Blessed Mother is the best example of this.  As she said yes during the Annunciation we we are also told that she is full of Grace.

In anticipation of the Anniversary, we would like to offer two consecutive Novenas of Masses. The first between March 30th until April 7th. These will be offered for the fulfillment of Our Lady’s plan’s for the Children’s Rosary. In turn from April 8th through April 16th Masses will be offered for the intention of thanksgiving. If anyone would like to sponsor a Mass during the 18 days please contact Blythe at blythe.kaufman@gmail.com

In addition to the Masses we would also like to give Our Lady another bouquet of Novenas for our Children's Rosary intention to present to her Son on our Anniversary.
To join in our Anniversary Novena of prayers CLICK HERE.

Friends I truly cannot thank you enough.  Joining together led by the prayers of the children the door of grace has been opened.  We desire not to hold tightly onto such things but instead to let them flow unhindered through our families and to those around us and ultimately to the whole world.  This poor tired world is in such need of grace let us keep asking and trusting in the goodness of Our Lord.

Your Friend in Christ,
Blythe
Posted by The Children's Rosary at 7:23 PM